In the footsteps of Lublin Jews

In the footsteps of Lublin Jews

A walk through the former Jewish district – a non-existent city, where you can find traces of memory and material heritage which has been maintained until now. It is a great opportunity to learn about the history of the centuries-old presence of Jews in Lublin.

The participants, wandering the streets of the Old Town and Śródmieście, will be introduced to the history and topography of the former Jewish district and the ghetto functioning during World War II. The narrative of the walk will be based on the stories of the Jewish inhabitants of the city who, from the fourteenth century, co-shaped its social, economic, political, cultural, and religious character.

The oldest mention of Jewish settlement in Lublin comes from the 14th century. Jews mainly lived in the vicinity of the Castle and within the Old Town. Over time, Lublin became an important center of Jewish religious ideas and teaching, known as the Jerusalem of the Kingdom of Poland, becoming an important part of the history of Polish Jews.

During the walk, the guide brings the pre-war Jewish district back to life, placing it in the topography of the modern city. Showing stories and iconographic materials, the guide tells about the streets bustling with everyday life, and above all about the people living in those streets. She tells stories about their everyday life and culture as well as the heritage and importance for the development of Lublin throughout the centuries of the city’s existence. She also tells about the emptiness that remains of the Jewish district and how Lublin fills this void with the memory of its former life. 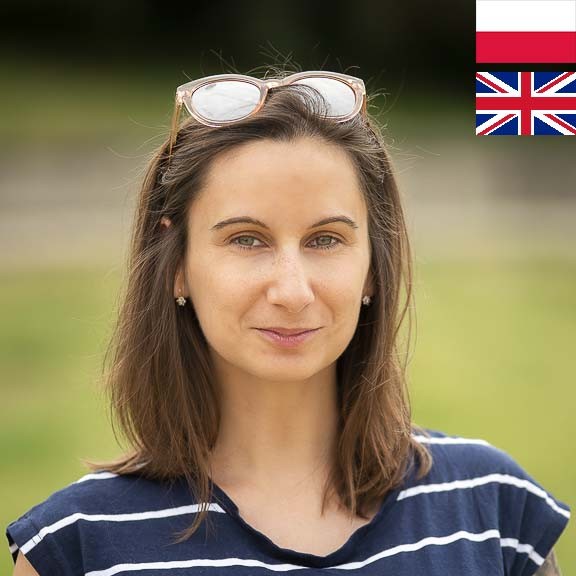 I ‘m a graduate of political science, Jewish studies and psychology of social communication. I live in Lublin by heart and being a guide is my passion. I’m a member of the “Well of Memory” Association and a collaborator of the “Grodzka Gate — NN Theater” Center on a daily basis. As a scholarship holder of the Israeli Ministry of Foreign Affairs, I did part of my studies in Tel Aviv. I work in the ROOTKA tourist office as a guide. I give tours of memorial sites such as: The State Museum at Majdanek and the Museum — Memorial Site in Bełżec. In my spare time, I carry out educational projects concerning the history, heritage and memory of Lublin Jews. I collaborated with the Foundation for the Preservation of Jewish Heritage, the Taube Center for the Renewal of Jewish Life in Poland, the State Museum at Majdanek and the Center for Civic Education Foundation. During my walks, I would like to present and explain the history and Jewish heritage of the Lublin region.