The story about how the camp operated is a history of cruelty and inhuman acts, but it is also a story of the extraordinary strength of humanity, struggle for survival and hope in spite of everything.

The Lublin concentration camp, colloquially called Majdanek, was the second largest Nazi camp in occupied Europe. Founded in 1941, it operated until the day of liberation of Lublin in July 1944. On the grounds of today’s State Museum, the buildings of the camp with the prisoners’ barracks, warehouses, a bunker with gas chambers and a crematorium building have been partially preserved.

The walk around the grounds of the former German Nazi concentration and death camp Majdanek concerns the darkest pages of European history. The purpose of visiting this place is not only to learn about the history of felony but above all to honour the memory of its victims. The story about how the camp operated is a history of cruelty and inhuman acts, but it is also a story of the extraordinary strength of humanity, struggle for survival and hope in spite of everything. 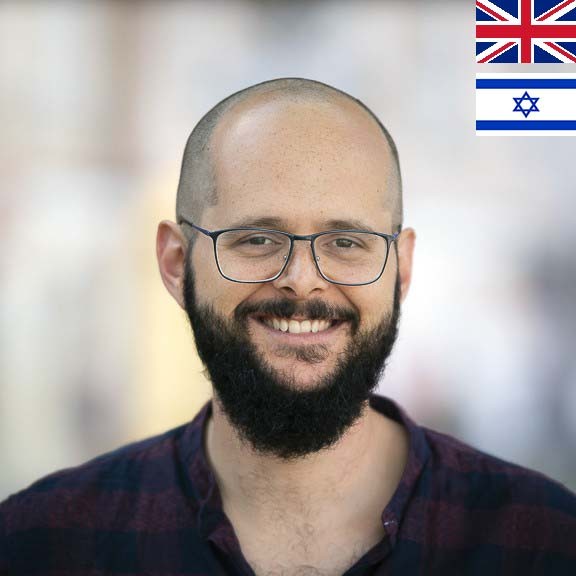 I’m an educator and a language teacher with a rich experience in education from my years of working in the field — in schools, youth clubs and as a youth coordinator at the Israeli Federation of Young Students and Workers. I’m a guide, working in the field of Jewish history and culture in the Lublin Region for many years. Interest in Polish and Polish-Jewish history leads me in an attempt to promote intercultural communication and learning in the Polish Jewish sphere. I have cooperated with the Taube Centre for the Renewal of Jewish Life in Poland and The “Grodzka Gate — NN Theatre” Centre in Lublin, and I’m currently working for the Lublin based tourism company Rootka.